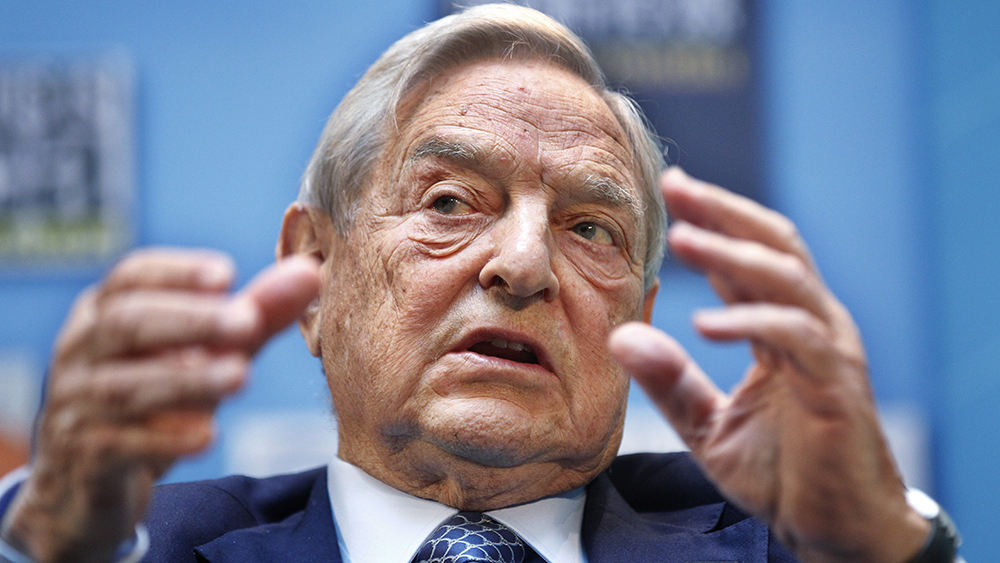 Today’s edition of “George Soros Meddles” is brought to you by ten-week-old political advocacy group Demand Justice – a Soros-linked organization which has pledged $5 million towards a “multi-platform” campaign to stop Judge Brett Kavanaugh’s confirmation to the US Supreme Court.

As we reported two weeks ago, Demand Justice intends to fight “Trump’s hateful vision for America” by opposing his Judicial picks across the country – including the Supreme Court.

The Sixteen Thirty Fund collected some $2.2 million in contributions from the OSPC between 2012 and 2016 – while more recent records are not available. The OSPC, meanwhile, is virtually indistinct from Soros’s Open Society Foundations (OSF), the 87-year-old’s grant-giving and philanthropic network.

The Caller reports that the OSPC has no staff of its own – rather, Open Society Foundation employees are compensated for work done on OSPC efforts.

The Sixteen Thirty Fund created Demand Justice in May of this year in order to counter a network of conservative advocacy groups which “advertise and organize around judicial confirmations,” according to the Caller.

“Long after Donald Trump is no longer our President, his takeover of our courts will keep alive his hateful vision for America for decades to come,” their website reads. “Trump’s judges are overwhelmingly white men. Many are not at all qualified for their posts. And they consistently hold extreme, right-wing views.”

Since the Sixteen Thirty Fund serves as Demand Justice’s fiscal sponsor, it doesn’t submit its own tax returns or disclose its supporters. As such, beyond the Soros network’s $2.2 million contribution to Sixteen Thirty over five years – it’s difficult to determine how much money individual donors like Soros have channeled directly to Demand Justice since its inception ten weeks ago.

Meanwhile, Capital Research noted last month that “coupled with the fact that Fallon recently spoke at the Atlanta Conference of the Democracy Alliance, a shadowy network of left-leaning donors including George Soros, it is clear that Demand Justice could be well on its way to becoming something much bigger than the obscure nonprofit it is now. As a (c)(4), it is allowed to engage in unlimited lobbying. But it can also support or oppose candidates for election (as long as that activity isn’t the organization’s primary purpose, which currently means spending no more than 49 percent of expenditures on electioneering).”

And just like that, the newly formed, Soros-linked, Obama and Clinton alum operated nonprofit has sprung up with a $5 million “multi-platform effort” to prevent Judge Brett Kavanaugh’s ascension to the US Supreme Court.