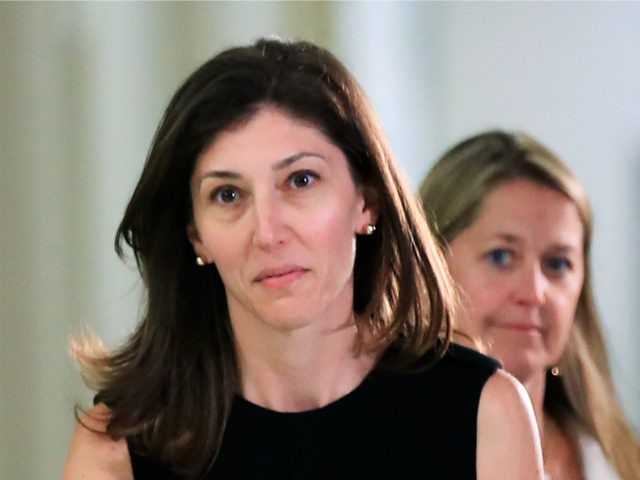 Lawyers for former National Security Advisor Michael Flynn reportedly filed a motion on Thursday in which they allege that the Department of Justice manipulated a document to frame their client and is withholding exculpatory evidence.
The apparent “sealed” filing, dated October 24, 2019, was posted to social media on Thursday evening.


View this document on Scribd

The filing by Flynn’s new legal team, which took over the case several weeks ago, argues that the Federal Bureau of Investigation conducted an “ambush-interview” of Flynn in the White House not to discover any evidence of criminal activity, but to coax him into making false statements.

When Flynn’s new lawyer Sidney Powell first made those allegations in September, prosecutors replied that she was indulging in “conspiracy theories” and noted his client had already pleaded guilty to the crime of lying to the FBI in 2017. Flynn has been awaiting sentencing since then, and even told the sentencing judge in 2018 that he would not claim FBI misconduct, despite growing evidence that they had departed from normal practice in interviewing him and had only completed their “302” — the report of their meeting — after he had already been forced to resign from his position in the administration over the allegations.

The new defense filing alleges that the government is refusing to turn over a mountain of potentially exculpatory evidence, some of which has begun to emerge in the media — either through leaks or through ongoing inquiries into the origins of the probe into alleged Russia “collusion” with the Trump campaign, later found not to exist.

That evidence, Flynn’s legal team alleges, includes an apparent admission by former FBI lawyer Lisa Page — who resigned after being discovered having an affair with agent Peter Strzok, with whom she shared anti-trump texts — that she had edited the 302 — something that she allegedly told FBI investigators she did not recall, the filing states.

The edits, the filing alleges, were substantive: they included a claim that Flynn said he did not discuss any sanctions with the Russian ambassador. Flynn’s lawyers allege he merely told the FBI he did not recall, and that the claim he said otherwise was added only after a transcript of his discussion with the ambassador had been leaked to the media.

In a footnote, the filing adds that former FBI general counsel James Baker “is believed to be the person who illegally leaked the transcript of Mr. Flynn’s calls to [Washington Post reporter David] Ignatius.” It also alleges that former National Intelligence Director James Clapper told Ignatius to “take the kill shot on Flynn.”

The filing emerged hours after reports that the Department of Justice had shifted its investigation of the origins of the Russia probe to become a criminal investigation under the supervision of prosecutor John H. Durham.

Flynn was subject to surveillance — allegedly in response to claims that he might have violated the Logan Act, an archaic and rarely-enforced law barring private citizens from diplomacy — during President-elect Donald Trump’s transition to office. Flynn’s name was then unmasked in the transcript of his telephone conversation with then-Russian Ambassador Sergey Kislyak, which was then leaked illegally.

Flynn’s subsequent prosecution for lying to the FBI was key to the “Russia collusion” theory, later found to have no substance after a lengthy investigation by Special Counsel Robert Mueller that took nearly two years to complete.

Critics have alleged that Mueller may have induced Flynn to plead guilty by suggesting that the government had more evidence of “Russia collusion” than it actually did.

This story is developing.