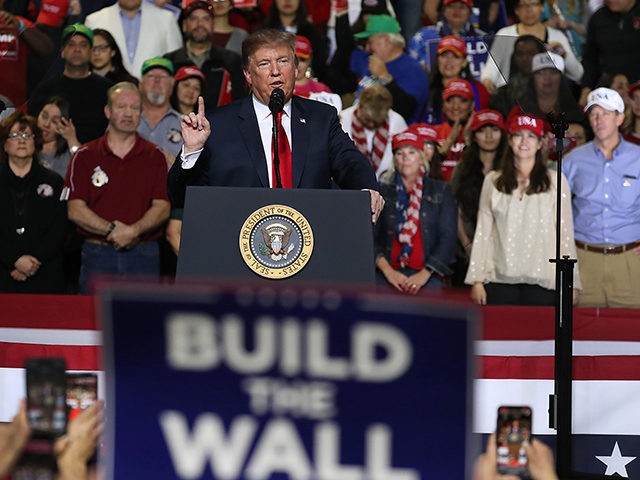 The village of Bal Harbour, population 2,513, may have a tiny footprint on the northern tip of Miami Beach, but its police department had grand aspirations of going after international drug traffickers, and making a few million dollars while they were at it.

The Bal Harbour PD and the Glades County Sheriff’s Office set up a giant money laundering scheme with the purported goal of busting drug cartels and stemming the surge of drug dealing going on in the area. But it all fell apart when federal investigators and the Miami-Herald found strange things going on.

The two-year operation, which took in more than $55 million from criminal groups, resulted in zero arrests but netted $2.4 million for the police posing as money launderers. Members of the 12-person task force traveled far and wide to carry out their deals, from Los Angeles to New York to Puerto Rico.

Along the way, the small-town cops got a taste of luxury as they used the money for first-class flights, luxury hotels, Mac computers and submachine guns. Meanwhile, the Bal Harbour PD and Glades County Sheriffs were buying all sorts of fancy new equipment.

Besides these “official” uses of the money, confidential records obtained by the Miami-Herald show that officers withdrew hundreds of thousands of dollars with no record of where the money went.

“They were like bank robbers with badges,” said Dennis Fitzgerald, an attorney and former Drug Enforcement Administration agent who taught undercover tactics for the U.S. State Department. “It had no law enforcement objective. The objective was to make money.”
The operation, which was not fully reported to federal authorities, funneled millions of dollars to overseas criminals and interfered with investigations being carried out on known money launderers.

The latest revelations show that at least 20 people in Venezuela were sent drug money from the Florida cops, including William Amaro Sanchez, the foreign minister under Hugo Chavez and now special assistant to President Nicolas Maduro.

They wired a total of $211,000 to Sanchez, even while the U.S. government was investigating Venezuelan government leaders involved in the drug trade. Instead of reporting their knowledge of Sanchez to federal agencies, the cops went on laundering money, taking their cut, and all the while aiding Sanchez in his machinations, which likely included political corruption.

Four other Venezuelan criminals and smugglers were major recipients of the millions being wired from the Bal Harbour PD and Glades County Sheriff’s Office, including a figure tied to one of the largest drug cartels in the hemisphere.

These actions violated strict federal bans on sending illegal money overseas, and the Florida cops never investigated the backgrounds of the people receiving their laundered drug money.
“I can’t think of a more podunk town than Bal Harbour — not in a bad way. But in the sense that these cops would have otherwise been stopping traffic or shooting radar,” said Ruben Oliva, who has represented alleged narco-traffickers since the 1980s. “In reality they were being launderers. The minute they started doing busts, it would have been over.

“This is like a movie. You’ve got these guys and they’re flying all over. They’re saying, ‘Hey, I’m in the big leagues.’ I’ve seen every kind of law enforcement money-laundering investigations. I’ve never seen anything like this. It’s really one for the ages.”
After the Department of Justice busted the Bal Harbour PD for misspending seized money to pay police salaries, the Miami-Herald began deeper investigations and found a much bigger pool of money that was never noticed by the feds. Soon after that, the ambitious sting operation–which was really just a money-making scheme–began to fall apart.
“The Miami Herald gained unprecedented access to the confidential records of the undercover investigation, reviewing thousands of records including cash pickup reports, emails, DEA reports, bank statements and wire transfers for millions of dollars. The inquiry found:

▪ Police routinely withdrew cash — thousands at a time — totaling $1.3 million from undercover bank accounts, but to this day there are no records to show where the money was spent. “In all my years of law enforcement, I’ve never seen anything like it,” Chief Overton said.

▪ Bal Harbour officials say they cannot find receipts for hundreds of thousands in expenses, including five-star hotel bookings, dinners that ran up to $1,000 and scores of purchases like laptops, iPads, electronic money counters, flower deliveries, and even iTunes downloads.

▪ While posing as launderers, police delivered nearly $20 million to storefront businesses in Miami-Dade to launder the money for drug groups — gathering critical evidence against the business owners — yet took no action against them. Years later, the businesses are still open, some still suspected by federal agents of laundering for the cartels.”
Cash deposits to SunTrust Bank totaling $28 million do not appear anywhere in police records. It’s no coincidence that the operation was launched “at a time law enforcement agencies across Florida were looking to boost their budgets during one of the state’s toughest economic periods.”
“We had to find a revenue stream,” said Duane Pottorff, chief of law enforcement for Glades. “It allowed us to have resources we wouldn’t normally have.”
Federal authorities and the Florida Department of Law Enforcement have launched probes into the Bal Harbour police, which will surely confirm the rampant abuses of power. However, the fact that these types of shady operations, carried out with the help of agencies such as Immigration and Customs Enforcement, can occur at all is even more troubling.

Government creates a black market of drugs and blood money through prohibition, then under the War on Drugs it grants itself the power to break the law and get involved in money laundering operations. While the professed goal is to “sting” the bad guys, government rakes in millions upon millions of dollars to further bolster its prohibition and war on drugs.

The War on Drugs is the real scheme that should be investigated.

Obama demonstrated what could be called a most lackluster response to a serious crisis when he allowed the Ebola virus into the U.S.

His actions to refuse to stop flights into America from Western Africa led to Ebola’s emergence here in the U.S.

But what isn’t being discussed nearly as much as it should be is how Obama’s failure to close the American-Mexico border has likely contributed to the emergence of another super-deadly virus.

One that has killed far more people than Ebola has so far.

The virus is known as EV-D68. It’s an enterovirus similar to polio, but slightly different in structure.

So far thousands of men, women and children have fallen ill with the virus and as many as nine people have died since contracting it.

Top health officials have made connections to the EV-D68 virus that has shown up in numerous locations in the U.S. to the same EV-D68 virus from Central America.

As the Daily Caller reports:

So far, that virus has been found in nine American kids who died from illness, has apparently inflicted unprecedented polio-like paralysis in roughly 50 kids, and has put hundreds of young American kids into hospital emergency wards and intensive care units throughout more than 40 states.

A series of government researchers, health experts and academics refused to comment, or else urged self-censorship, when they were pressed by The Daily Caller for statistical and scientific data that would exonerate Obama and his deputies.

As illegals have surged over the border, health officials knew this kind of fallout was possible. And that’s why they’re keeping quiet about it now. Because the connection is obvious.

Enteroviruses infect anywhere from 10-15 million people in the U.S. a year. But what’s different about this particular strain is its origins are likely from people who came here illegally.

The path of illegals from Central American countries as well as Mexico has been well documented, and with 100s upon 1,000s of them making it over the border every day, the likelihood the virus came in with them is extremely high.

If nothing else, this kind of health debacle demonstrates how Obama’s ineptitude isn’t just maddening, it’s deadly.