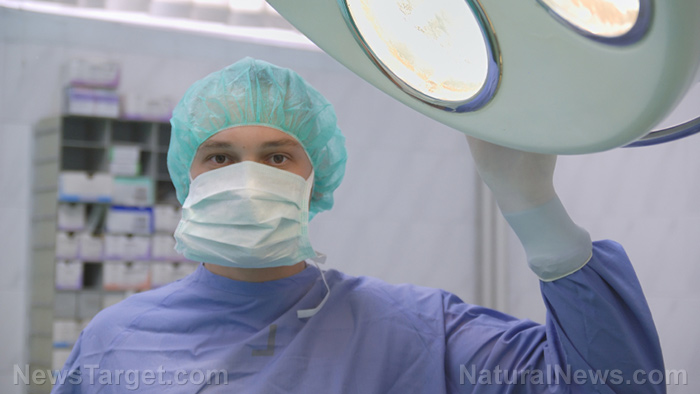 Image: The medical establishment routinely lies about patients being “brain dead” in order to harvest their organs for the multi-billion dollar transplant industry

(Natural News) A renowned neurologist from Brazil has boldly come forward to expose the multi-billion dollar organ transplant industry, which we now know is largely built upon fraudulent “brain death” diagnoses dating all the way back to the 1960s.

According to Dr. Cicero G. Coimbra, M.D., Ph.D., comatose patients aren’t always “brain dead,” as we’ve all been conditioned to believe. In many cases, individuals in a coma could actually be “revived,” were their doctors properly equipped with the appropriate knowledge in how to do so.

But they’re generally not, which means that many patients are being erroneously declared “dead.” And once “dead,” these patients can then have their organs harvested and sold for big bucks, which Dr. Coimbra discussed in-depth during a recent conference on “Brain Death,” A Medicolegal Construct: Scientific & Philosophical Evidence.

In a personal interview, Dr. Coimbra explained how the concept of “brain death” was invented roughly 60 years go, even though there was “no preliminary scientific research” to back it. And because of this, there’s now “a demand for transplantable vital organs to be harvested from patients,” even when it’s medically inappropriate to do so.

In declaring a patient to be “brain dead,” doctors are able to quickly bypass all of the legal hurdles that would otherwise prevent them from harvesting and selling vital organs. In other words, “brain death” is a type of skeleton key diagnosis that unlocks limitless potential for illicit profits.

While it was once believed, at least early on, that decreased blood flow to the brain resulting in a comatose state caused “irreversible” brain damage, we’ve known since at least the 1980s that this isn’t actually true. Even at 50 percent reduced blood flow, it turns out, the brain merely falls temporarily “silent” – meaning it can be “woken up” at some point in the future.

By the late 1990s, this phenomenon was actually given a name: ischemic penumbra. It was at this time proven, in other words, that so-called “brain death” is a myth. But the medical system has never fully accepted this truth, nor are medical professionals being taught it.

While some medical professionals know the truth and would probably admit to such in a one-on-one conversation, Dr. Coimbra says that, ultimately, “they don’t want to mess with the transplant systems,” which, just like the conventional cancer industry, has “well-controlled systems” by which propaganda is disseminated.

For more stories about how the medical establishment is in the business of spreading misinformation and propaganda, be sure to check out Disinformation.news.
United States organ transplant industry expected to DOUBLE its profits by 2025

Believe it or not, many, if not most, comatose patients have no brain damage at all, according to Dr. Coimbra. They could easily be revived, he says, if doctors would simply replace three essential hormones, two of them being thyroid and adrenal hormones.

Without these hormones, comatose patients typically spiral “into a disaster,” he says – which is generally how things go. But, again, since this knowledge isn’t being taught within the established medical profession, “brain dead” patients continue to needlessly die, and their organs continue to be needlessly exploited, all for profit.

“In the United States alone, in 2016 the transplant system involved business to the tune of approximately $25 billion,” Dr. Coimbra contends, adding that the transplant industry is “big business.”

To prove his point that hormone replacement often fixes “brain death,” Dr. Coimbra told the story of a 15-year-old girl who almost immediately began to show signs of brain activity after being given the appropriate regimen of replacement hormones.

So, until this information can get out there, comatose patients will continue to be taken advantage of, and falsely declared “dead” in order to keep the money flowing.

You can read the full interview between Life Site News and Dr. Coimbra at LifeSiteNews.com.

You can also check out this piece by Mike Adams, the Health Ranger, which discusses the findings of a recent study which found that organ transplants often take place while patients are still alive.