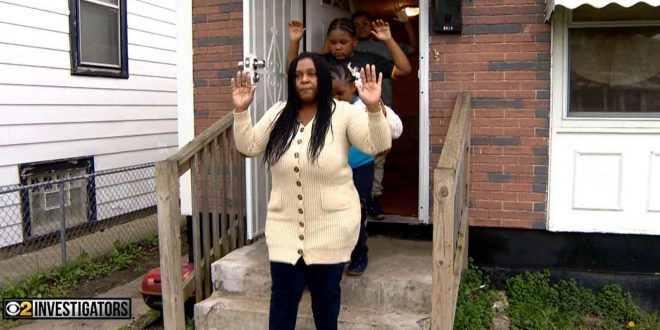 Cops in Chicago are raiding innocent families and terrorizing them — by mistake — and are going through great lengths to cover it up.
chicago

Chicago, IL — Because of their gross negligence and incompetence, the city of Chicago is facing a slew of lawsuits for raiding the homes of innocent people — allegedly by mistake. TFTP has reported on several of these lawsuits in which cops raided a four-year-old’s birthday party and held other children at gunpoint. One of these families has even been raided — mistakenly — three times. One family’s recent mistaken raid, however, is exposing a blue wall of silence and showing how far the Chicago police department is willing to go to cover up their crimes.

Over the past few years, the residents of Chicago have been subject to a militarized police state occupation. Innocent family after innocent family each waking up in the middle of the night as heavily armed storm troopers throw flash bangs into their homes, haul them outside in the cold, point guns at their heads, and even handcuff small children. These families are being terrorized in their own homes, many of them left with PTSD, and no one is being held accountable—because the state is the one behind the terror.

And because they are the state, they are refusing to hold themselves accountable and going through great lengths to keep their terror campaign secret.

Some of the latest victims in this state-sponsored police terror campaign are Domonique Wilson and her children. Wilson’s raid has just exposed a troubling problem within the department as well.

Wilson’s home was raided in March by a SWAT team who was acting on the wrong information. Her tiny children had guns pointed at their heads and were placed in handcuffs. They were marched outside like slaves and forced to stand in the freezing wet rain for hours.

“They made me stand up straight and my hands just behind my back, and they had them tight,” said Wilson’s 8-year-old son, Royal Smart.

Wilson said police used excessive force on her children who were clearly afraid for their lives.

“I was worried about my sister most, because she’s only 6 years old,” Royal said. “My legs were shaking.”

After they were wrongly raided and terrorized by police, Wilson said she went to the department to get the body camera footage which she says shows how terribly the cops treated her family. But police refused to turn it over.

CBS 2 News also went to the Chicago police department with a Freedom of Information Act request to get the body camera video, but they refused to honor it.

“What do you believe that body camera footage will show when it comes to your 8-year-old son?” CBS 2’s Dave Savini asked Wilson.

“It’s going to show them placing my 8-year-old son in handcuffs; how scared he was – traumatized.”

“Do you think they’re hiding something?” he asked.

“Yes. They’re hiding that they put rifles to me and my children’s heads,” said Wilson.
When CBS 2 asked police Supt. Eddie Johnson if the department was tracking wrong raids and knew how many times officers got it wrong, he told them that they do track it and they have those numbers. But that was a lie.

But it turns out that Johnson and his staff do not have that information. After nearly a year of repeatedly asking for numbers, Chicago Police have admitted to CBS 2 they don’t even keep track of all the times police raid the wrong homes.

Meanwhile, Supt. Eddie Johnson has also refused more than a dozen requests for a one-on-one interview.

His chief communications officer, Anthony Guglielmi, said the superintendent does not have the time, and CBS 2’s ratings are not high enough, for him to do an interview on this topic.

Thus, he refuses to talk about our yearlong investigation and all those impacted by bad traumatizing raid – a refusal while new wrong raids cases keep rolling in.

“There is a silent epidemic of trauma being perpetrated upon the children and families of the South and West sides of our city by Chicago police barreling into the wrong homes, holding guns on children, handcuffing children … ,” Hofeld said.

“Chicago police officers behave as if our children of color and their trauma is collateral damage in Chicago,” said Holfield.

And he’s right. As TFTP reported earlier this year, when Samari Broswell, 7, was celebrating her younger brother, TJ Broswell’s 4th birthday earlier this year, she never expected to see 17 heavily armed cops come smashing through her door. However, thanks to a severe case of police incompetence, that is exactly what happened.

Now, just like Wilson’s family, this family is left traumatized while people who claim to ‘protect’ them instead ignore them and continue the same practice. In the Broswell’s case, police claim video from officer-worn body cameras showing the horrifying raid simply went “missing.”

But that is not all.

Also, just last August, two little boys who used to look up to police were traumatized and their view of police tarnished after a SWAT team burst into their home at night and held the entire family at gunpoint, including the children. The family was innocent and just like the above cases, the raid was on the wrong home.

Those two children now suffer from PTSD and have to attend counseling.

It’s not just children either, Chicago cops have raided the wrong homes of elderly women too.

Elizabeth Harrison, 82, used to tell kids to “respect the law.” Then on March 17, 2016, a gang of Chicago cops raided her home, busting down the door and holding her at gunpoint. Because of this trauma, Harrison had to be rushed to the hospital.

The great-grandmother said police must have had the wrong house, but they insisted it was the correct address based on their “intelligence.” No one believed her when she said she was a widow and lived alone. Harrison was made to sit in a chair, overwhelmed with anxiety, while they searched her home for non-existent drugs. The stress was so overwhelming, Harrison was hospitalized.

Despite this history of dangerous terrorism from raiding wrong homes, it appears Chicago cops aren’t trying to get any better at their jobs and remain entirely unapologetic.