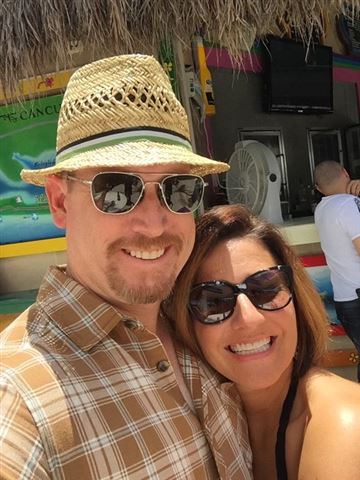 “We’re tired of looking over our shoulder and we’re looking for closure and to move on with our lives,” Jenine Merritt says of herself and their two children.
Feb. 11, 2019, 4:56 PM EST
By Janelle Griffith
https://www.nbcnews.com/news/us-news/after-georgia-lawyer-allegedly-killed-his-mother-ex-wife-fears-n970281

The former wife of a disbarred Georgia attorney who allegedly stabbed his mother to death said she is scared for her and her children’s safety.

“We’re terrified,” Jenine Merritt told NBC News on Monday, referring to herself and their two children, who are 12 and 14. “We’re terrified because of what we know he’s capable of now.”

Richard Merritt, 44, was scheduled to surrender to authorities Feb. 1 in Cobb County, after he was sentenced to 15 years behind bars and 15 years on probation for stealing hundreds of thousands of dollars from elderly clients between 2014 and 2017. After the conviction, he had been given until Feb. 1 to “get his affairs in order.”

On the eve of the date he was supposed to report to jail, Jenine Merritt said he threatened her life in a late-night phone call.

He was “clearly drunk,” she said, saying her ex-husband “is a serious alcoholic.”

Richard Merritt was verbally abusive on a regular basis, but had never before physically threatened her, she said.

The Merritts divorced in 2018 after 19 years of marriage.

Jenine Merritt added that she is “horrified” by the death of her former mother-in-law, Shirley Merritt, describing her as “a good mother and grandmother.”

“That part does not feel real to us,” she said. “And maybe, once we move on to the point where we’re not scared for our safety, we can really begin the grieving process, which we need to do.” 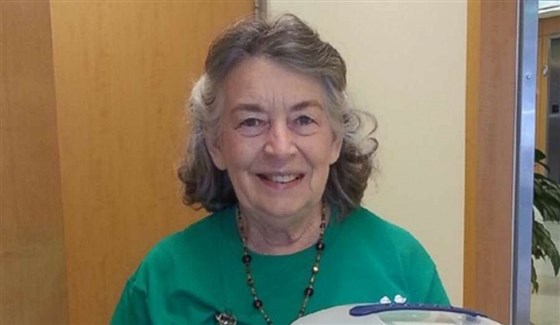 He may have shaved his head in an attempt to change his appearance and should be considered armed and dangerous, the Marshals Service said. The agency is offering a $5,000 reward for information that leads to his arrest.

Richard Merritt filed multiple medical malpractice claims for his clients and later admitted in court that he pocketed much of what they had won. He used the settlements on personal expenses including vacations, authorities said.

“We lost our home, we lost everything we had,” Jenine Merritt said of her ex-husband’s conviction. “I had no idea that he had done these things to these poor people that trusted him and needed him.”

She also said she had no idea her then-husband was paying for their vacations with stolen money and would not have participated if she had known.

She believes it is only a matter of time before he is caught.

“We’re tired of looking over our shoulder, and we’re looking for closure and to move on with our lives,” she said.

I have a problem with all this. He and his wife divorced to tie up the money Rich had been stealing. She still has money from the people Rich stole the money from.
And since when does someone go and cut off the ankle monitor? The story that I heard was that after he killed his mom, he went to Cartersville and cut the ankle monitor off and hopped on a plane at the Cartersville airport (very small airport). That’s just what I heard.
I also can’t imagine why he was still out walking around anyway.
The other thing that I heard was that Rich and the Cobb County DA were really good friends.
One thing that is fact for sure, Rich Merritt was asst attorney general in GA for about 15 years, thus why he had so many friends in the legal world. The victims were afraid that he would get no time for his crimes. Everyone was shocked at the stiff sentence he got. They give murderers that length of time.
No matter, they obviously had not planned on Rich killing his Mama…

Reading Time: 4 minutesDo you think the Clinton Crime Family whacked Antonin Scalia? You will soon if you let yourself read this and all the links. But first, a strange call I had last week.

At the end of our talk, the reporter said, “do you mind if I ask you about something else? It has nothing to do with my article, and I won’t write about it.”

“Uh, sure,” I said. I was a little apprehensive.

“Do you believe the Clinton’s killed Ron Brown?” the reporter asked.

Here we go, I thought. I’m going to  get called a conspiracy whack job.

“I have no idea,” I said. “I do know reporters who have looked into the case and no longer call the idea crazy. Even some skeptics trying to debunk the assassination story have come away uncertain. And I’m sort of a libertarian. I really don’t trust the government.”

“I don’t trust the Clintons,” the reporter said. “I covered them back in the early nineties in Arkansas. During the campaign in ninety-two. And in Washington some.”

We talked a little more. The reporter knew Ron Brown and liked him. “He told you the truth.” And she knows the Clintons. They are not like Ron Brown. The Clintons are mean people. And they lie to reporters. They lie to everybody.

(“Your life is in danger. At this moment, a Chinese nuclear warhead sits in a missile silo. Its guidance, if launched, instructs the warhead to detonate a mile or two above your home. And this was all made possible by extortion, murder, and illegal campaign contributions to Bill and Hillary Clinton”

Ron Brown ran the Clintons’ extortion racket in the 1990s.

I expected to be called a conspiracy theorist when I posted the Ron Brown story. Instead, I’ve received only worried acknowledgments that the Clintons are capable of anything, including assassination.

The reporter is a veteran, serious, established journalist. You’d know her name if I told you. Like all good reporters, she’s skeptical and meticulous. She checks things out.

And like everyone who’s checked into the Ron Brown assassination, she’s not sure. She doesn’t believe it was an accident, but she can’t prove it wasn’t.

Then today we learned that Hillary associates John Podesta and Steve Elmendorf exchanged emails that appeared to reference an assassination the day before Supreme Court Justice Antonin Scalia was found dead with a pillow over his head at a remote lodge.

“Wet works” is spy-talk for “assassination.”

Scalia died in a lodge owned by a well-connected Democrat. Alex Newman wrote in The New American, February 16, 2016:

“Suspicions and unanswered questions surrounding the surprise weekend death of pro-Constitution U.S. Supreme Court Justice Antonin Scalia are swirling around the Internet and beyond. Many of the concerns center on the fact that the man who found Scalia’s body, businessman and Democrat donor John Poindexter, said the late justice was discovered with “a pillow over his head.” Also sparking alarm among some commentators and suspicious citizens are reports and official statements indicating that no autopsy will be conducted, despite contradictory claims surrounding the cause of death. Even the establishment press, apparently unfamiliar with the definition of the term “conspiracy theory,” has started reporting on the concerns and questions, albeit generally with a dismissive tone. Cries for an autopsy and congressional probe are growing louder, too, even as the White House, Democrats, and leftists waste no time in plotting to name a successor and tip the balance of power. The atmosphere is getting very tense.”

You probably remember that a lot of suspicions surrounded Scalia’s death.

The government refused to allow an autopsy on Ron Brown’s body, too, after a US Marshall determined cause of death over the phone, via The New American:

“Another top media personality asking questions was Michael Savage, among the top five most influential and most widely listened to talk-radio hosts in America. “Was [Scalia] murdered?” Savage asked during his program. “We need a Warren Commission-like federal investigation…. This is serious business.” He also called for an immediate autopsy, according to media reports. In a follow-up post on his website, Savage also wondered how the left would react if anti-U.S. Constitution zealot Ruth Bader Ginsburg died under similar circumstances with a pillow on her face in the final year of a Republican administration at a property owned by a mega-donor for the GOP. And in an interview with Savage on Tuesday, leading GOP presidential contender Donald Trump, when asked whether the candidate would support a Warren Commission-style probe, noted that “they found a pillow on his face, which is a pretty unusual place to find a pillow.” Trump did not say whether he would support a commission.

“There was no medical examiner present. There was no one who declared the death who was there. It was done by telephone from a U.S. Marshal appointed by Obama himself,” Savage said, outlining some of the many reasons why suspicion, whether warranted or not, is spreading like wildfire across America. “The question is, is it a conspiracy theory to ask questions that are so obviously in need of answer, or is it just common sense. And where is the common sense both in the press and the Republican Party. The answer is nowhere.” Of course, questions, by definition, cannot be a “conspiracy theory, despite the establishment media’s misuse of the term”.

It looked in February like Scalia was assassinated, and it looks now like Team Hillary conducted the murder. Why else would “wet work” make Hillary Dems “buckle up and double down?”

The more you read about the Clinton body count, the more you believe it’s possible that the Clintons have ordered the assassinations of many, many people. Not just enemies, but people with information. People in the way.

Scalia was in the way. Now he’s not.

Call me crazy, but that conversation with a veteran reporter tells me the Clintons are capable of anything, including assassinations. And I think they could have killed Scalia.

P.S. If you’re wondering what Vineyard they’re referring to, see The Gateway Pundit.