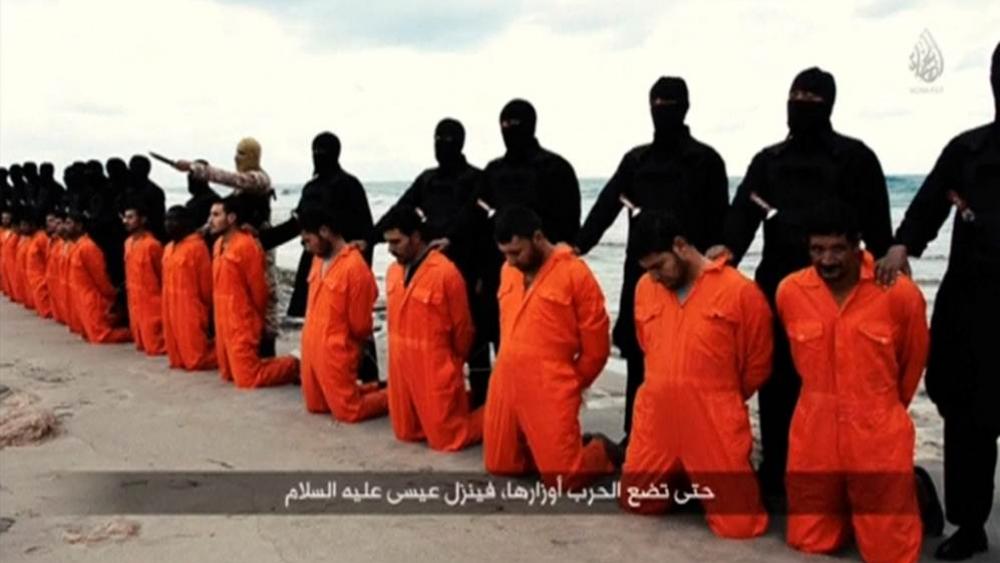 Islamic extremism and efforts to combat it are responsible for 84,000 deaths in 2017, according to a new report from an organization founded by former U.K. Prime Minister Tony Blair.

According to the Global Extremism Monitor by the Tony Blair Institute for Global Change released Thursday, at least 84,023 people in 66 countries died because of “violent Islamism” in 2017.

The report states that even though there were major military defeats of the Islamic State in Iraq and Syria, around 120 other “violent Islamist groups are still inspiring and orchestrating attacks around the world.”

The annual monitor tracks violent Islamic extremism from English-language open-source data. For 2017, the organization’s analysts found that there were “27,092 incidents of violent Islamist extremism and state and nonstate efforts to combat it.”

While the data found that there were 7,841 attacks in 48 countries in 2017, at least 47 Islamic extremist groups deliberately “orchestrated fatal campaigns against civilians.” Those attacks, the report says, were “designed to instill fear and erode public morale.”

Meanwhile, the report finds that the Islamic State and the fight against it in Iraq and Syria killed 2,080 civilians in 2017.

Over 95 percent of the global sectarian attacks targeted Muslim Shia-minority populations while “a sizable number of operations focused on the religious persecution of Christians.”

The document warns that unless “decision makers fully engage in the battle of ideas and tackle extremists’ totalitarian thinking,” the radical Islamic violence will only continue to spread throughout the world.

“[D]espite a variety of approaches to tackle Islamist violence in an array of local contexts, the challenge is growing. In devising sustainable strategies to fight the terrorists, it is critical to understand the forces that ideologically drive and unite them,” the report states. “The scale of the challenge is clear from the data in 2017. Now, it is vital to acknowledge the depth and origins of the problem, to prepare for what has been — and will continue to be — a long-term struggle against not only the violence but also the ideas and beliefs that have come to justify this mass call to arms.”

Blair presented findings of the report at the office of the Council on Foreign Relations, a nonprofit think tank in Washington, D.C. and told the audience that security measures will only “slow the violence” but won’t defeat the violent ideologies behind it.

“Unless there is a global will to meet the depth of the challenges, the ideology of Islamism will grow—and with it, the violence,” Blair was quote by Reuters as saying. “It is time to act.”

As an example, the report highlights the situation with the Islamic State in Syria.

“The displacement of ISIS members from Iraq and Syria and emergency relocations appear to be causing more trouble in Afghanistan, where the group’s local affiliate, ISIS-Khorasan, is ramping up its activities in the east and north of the country to undermine renewed efforts to bring peace to the Afghan people,” the report reads.

The report even stated that President Donald Trump’s decision in April 2017 to spend millions to drop a “mother of all bombs” in Afghanistan’s Nangarhar province that killed 36 Islamic State militants was not effective when it comes to curtailing the activities of the terrorist group.

“[D]ata show that since the massive ordnance air blast (MOAB) was deployed on ISIS hideouts, ISIS activity in the country has not slowed,” the report asserts. “On the contrary, the United Nations has estimated that a surge in ISIS suicide attacks in Afghanistan resulted in a 1 percent increase in fatalities in the first half of 2018, reaching a record high of almost 1,700.”

The report calls for a global commitment to educating against extremism so that education systems can improve when it comes to preventing the spread of radical ideology. Additionally, the report suggests that national education systems that “legitimize the stereotypes and prejudices that bolster extremist narratives” are not helpful when it comes to countering extremism.

“[T]o actually break the cycle of recruitment and regeneration that is sustaining these groups, you have to target … education, countering the falsehoods, and, of course, building local leadership,” counterterrorism and insurgency expert Bruce Hoffman said during a panel discussion Thursday, according to CBS News.