On 7-31-2020, just before 1:30pm in the afternoon, my wife and I were asked to leave the Sprouts Store located on 82nd and Quaker, in Lubbock, TX, because they specifically said they do not recognize medical exemptions to wearing masks. We were wearing medical exemption badges, which are not required by law to be worn, to help inform others. I was given a store policy sheet, and I was invited to shop online, from home.

I hereby demand that you cease and desist requiring wearing masks to shop at your stores owned and operated by Sprouts Farmers Market, Inc.

I hereby demand that you stop violating the law in numerous ways, as follows.

2.(A) Medical Professionals can only “prescribe” medical procedures, which means to give advice. They are not even legally allowed to mandate a medical procedure. In order for Doctors to mandate a medical procedure, they first need to either obtain a medical power of attorney document over a patient, and/or declare the person unconscious and/or unfit to decline a life saving procedure. You neither have a medial power of attorney over me, nor have I hired you to be my doctor, nor am I unconscious. Nor am I mentally compromised in any way. By wearing a mask, you restrict your own oxygen, and you mentally compromise yourself. You might want to take off your mask, and take a few deep breaths to get oxygen to your brain, to help you understand the rest of this.

3.(A) To help you understand the level of offense of your illegal discrimination, try demanding that black people not enter your store on the basis that give off particles that are offensive, and requiring them to shop at home. That is as offensive as refusing service to those not wearing masks for reasons of a medical exemption. The ADA also requires you to make reasonable accommodations for people with a religious exemption to wearing masks, because discrimination based on religion is also illegal.

B. The rate of positives has always been about 10%, from the very beginning of the crisis. The rate of people testing positive has not gone up, they have only increased the number and rate of tests given.

C. The test kits have been reported to be contaminated. June 23, 2020: https://www.webmd.com/lung/news/20200623/early-cdc-covid-19-test-kits-likely-contaminated Unswabbed swabs are reported to test positive.

D. While “confirmed case” counts have been going up, there is no such thing as a “confirmed case” because the test kits say directly on them “not to be used for diagnostic purposes” and therefore a fraudulent test with a high false positive rate cannot “confirm” anything.

A. The death counts are overinflated, as States have been directed by the CDC to include presumptive or presumed cases that would not even include the fraudulent test kit non confirmation, which, itself, over counts things with that false positive rate of from 50% to 80%. “COVID-19 should be reported on the death certificate for all decedents where the disease caused or is assumed to have caused or contributed to death.” https://www.cdc.gov/nchs/data/nvss/coronavirus/Alert-2-New-ICD-code-introduced-for-COVID-19-deaths.pdf

Furthermore, Birx says government is classifying all coronavirus death cases as COVID19 caused deaths, regardless of the cause, such as underlying health issues. See point B for further corroboration. https://www.foxnews.com/politics/birx-says-government-is-classifying-all-deaths-of-patients-with-coronavirus-as-covid-19-deaths-regardless-of-cause

B. Other nations have determined that 99% of their “died with COVID” cases did not die “from COVID” as 99% of other patients were elderly and had from 1-4 other co-morbid chronic conditions. If that is true, it takes the real death rate down to nearly nothing. This was reported by Bloomberg, back on March 18th, which basically shows and admits that this is all a media hoax. https://www.bloomberg.com/news/articles/2020-03-18/99-of-those-who-died-from-virus-had-other-illness-italy-says

C. The real death counts are not higher than the rate of normal rates of pnumonia. People vastly overestimate their chances of “catching” COVID, and vastly overestimate their chances of death, with younger people, aged 18-34 giving the highest estimations, at 90% estimated chances of catching it, and a 20% chance of death if they do catch it. https://www.nber.org/papers/w27494.pdf see chart on p. 12. These estimates would have COVID killing about 328 million x .9 x .2 = 59 million Americans. Even the White House estimations of the deaths of 2 million Americans were vastly over exaggerated, and the man responsible for that model resigned in disgrace. The “official” death toll, which is grossly over exaggerated, for multiple reasons, as I am going over, stands at 137,922, per the CDC as of July 31: https://www.cdc.gov/nchs/nvss/vsrr/covid19/index.htm see Table 1. That is a total death rate of the population of 0.04%, which is substantially lower than the CDC’s latest death rate estimate last month of 0.26%. Typical flu deaths in a year vary from 50,000 to 80,000.

D. Death counts are inflated from putting people into a very risky coma plus a ventilator, and that process kills people from 88% to 90% of the time. https://ktla.com/news/nationworld/nearly-90-of-covid-19-patients-put-on-ventilators-in-new-yorks-largest-health-system-died-study-finds/

E. The real death rate could well be 137,922 x 1% (no comorbidities) x 50% due to false positives, which would be 689! Given that there is no higher overall death rate than normal, the risk from a fraudulent disease that is not increasing the total death rate is zero. A real pandemic would not require fraudulently overstating things at all levels, from test kits that don’t work, to fraudulently claiming an increase in the infected, to inflated death counts, to masks that don’t work.

F. The false pandemic is a “live exercise” planned in advance, in October 18th, 2019. https://www.centerforhealthsecurity.org/event201/

Previous post:
The CDC Proves the CDC is LYING!
You know my response.  It would take one of the masks below, to protect you from a deadly disease spreading.  The stupid little masks that people wear, does not even cover their eyes.
Is common sense so lacking for people?
Damn it sheeple wake up, you act like idiots. 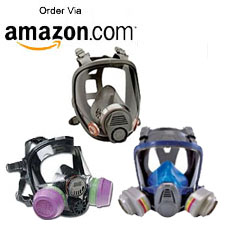 An estimated 200,000 people joined in a March for Life in Washington, D.C., bringing to the streets in front of Congress their plea for protection of the unborn.

It was double the number of people that go to even the biggest football games or indoor concerts.

Yet the establishment media was virtually absent.

WND Editor and CEO Joseph Farah has joined with Media Research Center and more than 20 pro-life groups in denouncing the establishment TV networks for failing to cover this year’s March for Life, held last week.

According to MRC, CBS was the only major broadcast network that covered the march – and the coverage was limited to 15 seconds during a discussion of moderate Republican opposition to the Pain-Capable Unborn Child Protection Act.

In the meantime, NBC, ABC and Spanish-language networks Univision and Telemundo did not mention the march at all.

“It’s not surprising when the big media ignore large gatherings in Washington – year after year – of hundreds of thousands of pro-life activists, but it is unprofessional and betrays their absolute bias,” Farah said.

Other organizations that have joined MRC in condemning the establishment media include the Catholic League, Liberty Council, the Hispanic Leadership Fund, Concerned Women for America and Human Life International.

Troy Newman, co-author of “Abortion Free: Your Manual for Building a Pro-Life America One Community at a Time,” said he thinks the media are trying to protect a certain narrative about abortion.

“The March for Life is the largest annual civil rights march in the world,” Newman told WND. “For the national media to acknowledge this fact would contradict their premise that 1) abortion is a good thing; 2) the country is firmly pro-abortion; and 3) the pro-lifers are a small, insignificant group of religious extremists.”

Newman is president of Operation Rescue and a member of the MRC coalition, continued.

“In my humble opinion, the media is an extension of the far left – it reports only the approved propaganda and ignores the obvious truths. George Orwell’s ’1984′ has come to life in 2015 – the national media is the ‘Ministry of Truth.’”

Farah agreed that the media are becoming Orwellian.

“As a journalist, senior newspaper executive and media entrepreneur for more than 35 years, I’m genuinely ashamed at what my industry has become,” Farah said. “Not only do they avoid debate and discussion of the sanctity of life, they seek to distort the issue by hiding gatherings with the vigor one would expect only in a totalitarian, closed society with a government-controlled media.”

MRC President Brent Bozell did not hold back, blasting the media for their lack of coverage.

“If these were a few dozen hipsters protesting corporate profits while taking selfies with iPhones, the networks would have wall-to-wall coverage,” Bozell said. “The media cannot be bothered to cover 200,000 pro-lifers who came to Washington in the middle of winter to march for the unborn.

“It’s shameful. If you’re throwing Molotov cocktails at police officers, the media will provide sympathetic coverage to your cause,” he said. “If you’re standing up for the most vulnerable in our society, the media turn a deaf ear. With each passing day, the media continue to hemorrhage their credibility.”

Instead of covering the march, the major TV networks devoted time to the New England Patriots’ “Deflategate” controversy, sidecar dogs in America and Prince Andrew’s sex scandal, according to MRC.

David Kupelian, WND’s managing editor and the driving force behind the monthly news magazine “Whistleblower,” said: “The big media have been shunning pro-lifers for decades. I remember reporting back in 1989 how the Washington Post devoted a dozen stories to a major pro-choice demonstration in D.C., even providing a map and directions to the upcoming rally. But a year later, the gargantuan ‘Rally for Life ’90,’ which attracted approximately 350,000 according to aerial photos, was graced with one 13-inch story and one photo on page B3.”

At the time, Richard Harwood, the Post’s ombudsman, wrote about the non-coverage this way:

[The pro-life event] stirred no juices at the Post. Many editors were unaware it was taking place … Journalists here, [managing editor Leonard] Downie thinks, not only are not part of the anti-abortion movement, but don’t know anyone who is. The movement is seen as one of those “fundamentalist,” “fringe” things somewhere out there in Middle America or Dixie. Those are not the circles in which we travel or from which we draw intellectual nourishment. As one of last weekend’s editors put it: ‘I didn’t even know this was anything important.

Kupelian is author of “The Marketing of Evil” and “How Evil Works.”