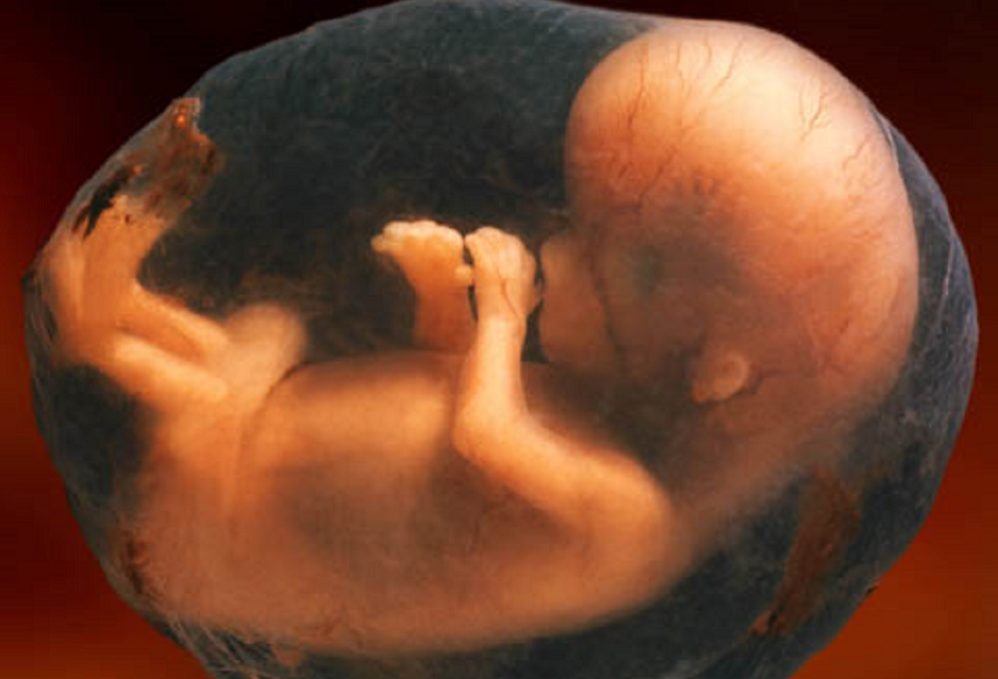 Thomas BrejchaBy Thomas Brejcha
MARCH 10, 2020
From the time of its founding and fight for independence, America has been synonymous with the idea of freedom – freedom to speak your mind, pursue your own dreams, worship as you want. The American press has often been called the “Fourth Estate” or referred to as the fourth branch of government for its ability to hold leaders to transparency with the ability to expose wrongdoing. Today, that cherished Freedom of the Press is at risk. Why? Because of the power of the abortion lobby and its insistence that the rules are different when it comes to the business of selling death.

Read The Federalist article by Tom Brejcha, president and chief counsel of the Thomas More Society, on how the rights of all journalists are at risk because a California federal court deemed David Daleiden’s undercover work – exposing baby body parts trafficking by abortion vendors – a crime.

“What does it tell you that the Daleiden case may have been the first time that any journalist has been criminally charged with violating the California recording law in the many years it has been on the books?” from California Throws The Books At Undercover Reporter Who Exposed Baby Body Trafficking by Tom Brejcha.

California Throws The Books At Undercover Reporter Who Exposed Baby Body Trafficking
Even those who disagree with David Daleiden and his techniques but care about how the legal actions against him could define press freedom need to follow this case.

An undercover reporter has been arraigned in California and charged with ten felonies for secretly recording conversations, and it’s time to revisit how the judiciary and the law can stifle the First Amendment’s guarantee of freedom of the press.

Namely, can and should government criminalize undercover reporting, which historically has revealed otherwise hidden wrongdoing of all kinds?

Being Pro-Life Is Not a Crime
Let’s first put aside that Daleiden, as director of the Center for Medical Progress, is a pro-life activist—which is not a crime. He should have the same right to penetrate the practices of America’s abortion providers and report his findings just as other reporters and publications investigate other matters.

Undercover Chicago Tribune reporters, working from the inside as employees, exposed life-threatening conditions in nursing homes. Another Tribune reporter worked undercover in the city’s election board to reveal widespread election fraud. Chicago Sun-Times reporters, working inside, turned up dangerous practices at abortion clinics. The paper also opened a bar, the Mirage, in a sting using hidden cameras to bare shakedowns by city inspectors.

The Washington Post captured a Pulitzer Prize for Public Service by disclosing disgusting and unsanitary conditions at the Walter Reed Army Medical Center. The reporters never identified themselves as such, which, according to Brooke Kroeger, a New York University law and journalism professor, defines their action as investigative reporting. It is, she argued, yet another demonstration of how deception in investigative reporting is not only permissible but a necessary tool regularly exposing wrongdoing that can’t be found any other way.

Attacking Whistleblowers Who Exposed Crime
Instead, Daleiden faces a legal system that has unleashed both criminal and civil actions against him for a variety of supposed violations of law, including criminal trespass, fraud, and breach of contract, even federal civil racketeering. A jury in the civil trial awarded the plaintiffs more than $2.2 million in damages, enough to permanently silence Daleiden’s small pro-life and nonprofit operation. We are appealing.

The criminal case, the one more likely to chill undercover work, was the product of then-California Attorney General Kamala Harris. A judge threw out six of 15 criminal charges against Daleiden and co-investigator Sandra Merritt but ruled that the other counts can go to a criminal trial. Thus, the arraignment. Never mind that Harris violated shield laws protecting reporters by raiding Daleiden’s home and capturing previously unpublished raw journalism materials.

How ironic, because about the time that Daleiden published his findings, animal rights activists were praised for ­documenting abuse in the poultry industry. Unlike in Daleiden’s case, Harris launched probes of the poultry industry and didn’t charge the reporters.

That Harris received campaign donations from, and touted her support for, pro-choice groups suggests she was motivated by political bias. Same for the judge in the civil case, who was affiliated with an organization that had a joint venture with a Planned Parenthood affiliate whose successor is now one of the entities suing Daleiden.

No one can be blamed for thinking that the legal actions were inspired and carried out by pro-choice organizations to punish and silence their opponents. What does it tell you that the Daleiden case may have been the first time that any journalist has been criminally charged with violating the California recording law in the many years it has been on the books?

Putting Reporting Under Government Threat
Even if the government’s action were bias-free, Daleiden’s pursuit still jeopardizes quality journalism. The California accusations are based on the claim his targets had an expectation of privacy even when the conversations were conducted in a public place, like a restaurant or hotel convention hall, where bystanders could hear them. It’s a ludicrous assertion, a gross misinterpretation, and an undue and overbroad extension of the law.

I refer to two pro-choice law professors, Sherry F. Colb and Michael C. Dorf, who support Planned Parenthood’s work but warned that the criminal pursuit of Daleiden “follows a troubling pattern in American constitutional jurisprudence” to cripple investigative journalism. In a CNN opinion article, they wrote, “Whatever the precise facts of this case prove to be, the prosecution has broader implications, and not just for abortion and anti-abortion speech. Undercover exposés play a vital role in informing the American public of important facts that would otherwise remain hidden.” The Los Angeles Times deemed the prosecution “disturbingly aggressive” and an “overreach.”

Possible prison sentences and burdensome fines attached to criminal conduct cannot be ignored in this debate. They are more than a disincentive to expose wrongdoing; they give the upper hand to criminal enterprises, powerful corporations, avenging politicians, ideologues, and special interests to protect themselves from public condemnation and costly penalties for misconduct. This is not a loophole that the Founding Fathers had in mind when they crafted the constitutional protection of freedom of the press.

Even those who disagree with Daleiden and his techniques but care about how the precedent-setting legal actions against him that could define press freedom in the future need to follow this case as it winds through the legal system, possibly all the way up to the U.S. Supreme Court.