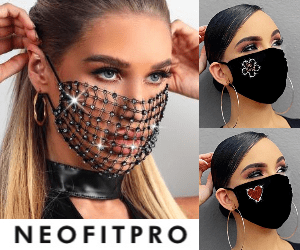 There Is No Science to Support Mandatory Face Masks. A Symbol of Social Submission?
By Renee Parsons
Global Research, July 22, 2020

As the distraction of BLM/Antifa riots and the coronavirus have consumed much attention and energy, the social engineering agenda of the World Economic Forum’s Great Reset has taken a giant step forward in establishing the mandatory face mask as a symbol of submission to their dehumanizing agenda. Beyond Orwellian, the face mask is being used as a guise to re shape our perception of reality in acceptance of a scientific dictatorship as an integral part of a looming totalitarian globalist agenda.

In a July 12th Facebook page, Polis stated that “The emerging scientific data is clear” that wearing a mask protects others and reduces the risk of contracting Coronavirus. Polis then referred to those resistant to a face mask as a “selfish bastard.”

If the Governor is truly at a loss as to how masking or other lockdown requirements became a political football, he has not been paying attention. Consider the following: on March 20th, California became the first state in the country to order a Lockdown which was quickly followed by other States with Democratic Governors. To date, a majority of those Governors (21 out of 24) have all approved the mandatory wearing of face masks, albeit without applying any science. It is the arbitrary ‘shutdown’ of business as well as onerous personal requirements (such as social distancing) with a State adopting oppressive dictatorial behavior as if they have the right to make personal decisions about any one life.

If CV is merely a variation of an infectious virus, sunshine and warm weather should have already limited its impact; reducing its spread and exposure. Instead, as Red States attempt to re open (ie Texas and Florida), sudden intense CV ‘hot spots’ flare which forces the State to delay and increase its shut down requirements. Given an advanced radio frequency weapon ability, those ‘hot spots’ may have been generated by 5G at the millimeter level on the electro magnetic Spectrum.
Fashion Fetishism, Surgical Masks and Coronavirus

If, in fact, science is not the prime reason for mandatory face masks; that is, if face masks do not provide safety from contagion, then why mandate face masks at all? What other purpose does a face mask have but to protect the wearer or to inhibit spreading the virus? Without evidence that masks have positively reduced exposures and thereby fatalities, then the true purpose of the mandate becomes a more nefarious political and partisan gesture of psychological manipulation and control.

Renowned nutritionist Dr. Joseph Mercola has recently reversed his earlier support of face masks and interviewed Dr. Denis Rancourt, PhD who examined the issue on behalf of the Ontario Civil Liberties Association. Rancourt conducted extensive research with an emphasis on masks and did a thorough review of science literature concentrating on whether any evidence exists that masks can reduce infection risk of viral respiratory disease. As a result of examining many controlled trials with verified outcomes, he found no statistical advantage to wearing a mask or not wearing a mask and that masks do no inhibit viral spread.

Rancourt asserted that “there is no evidence that masks are of any utility for preventing infection by either stopping the aerosol particles from coming out, or from going in. You’re not helping the people around you by wearing a mask, and you’re not helping yourself avoid the disease by wearing a mask. In addition, Rancourt explained that “Infectious viral respiratory diseases primarily spread via very fine aerosol particles that are in suspension in the air. Any mask that allows you to breathe therefore allows for transmission of aerosolized viruses.”

While the ACLU remains absent, OCLA (Ontario Civil Liberties Association) recommends Civil Disobedience against Mandatory Mask Laws. If you are not comfortable with civil disobedience and your local food markets all require a face mask, don’t deny yourself the healthy food you and your family need – but DO find ways to register your dissent against being forced to wear a face mask. Write a Letter to the Editor and contact all of your elected political leaders. Be sure they understand your objections that you will not comply with their unconstitutional and immoral behavior.

Featured image: A woman wearing a face mask is seen in the subway in Milan, Italy, March 2, 2020. (Photo by Daniele Mascolo/Xinhua)
The original source of this article is Global Research
Copyright © Renee Parsons, Global Research, 2020

Become a Member of Global Research
Related Articles
Unintended Consequences: Facemasks and Rising Crime in the US
Jul 12, 2020
Face Masks Pose Serious Risks to the Healthy
May 25, 2020
Unmasking the Truth: Studies Show Dehumanizing Masks Weaken You and Don’t Protect You
May 20, 2020
Fashion Fetishism, Surgical Masks and Coronavirus
Feb 13, 2020

Council on Foreign Relations Tells Gov’t They “Have To” Use Propaganda on American
Published: June 4, 2018
https://www.blacklistednews.com/article/66249/council-on-foreign-relations-tells-govt-they-have-to-use-propaganda-on.html
Source: Jay Syrmopoulos

The Council on Foreign Relations delivered an Orwellian presentation recently that unsurprisingly went unnoticed in the mainstream media, in which CFR’s Richard Stengel forwarded the notion that governments “have to” direct “propaganda” at their own domestic populations.

The Council is recognized as one of the United States’ oldest and most establishment think tanks of the American power-elite, and it often sets the agenda on important policy questions—or, as former senior editor at the Washington Post, Richard Harwood, in a column entitled “Ruling Class Journalists,” approvingly described the Council as, “the nearest thing we have to a ruling establishment in the United States.”

Harwood admiringly wrote: “The membership of these journalists in the Council, however they may think of themselves, is an acknowledgment of their active and important role in public affairs and of their ascension into the American ruling class. They do not merely analyze and interpret foreign policy for the United States; they help make it…. They are part of that establishment whether they like it or not, sharing most of its values and worldviews.”

CFR is a key cog in the hub of Washington think-tanks promoting endless war. As former Army Major Todd Pierce described, think-tanks act as “primary provocateurs” using “‘psychological suggestiveness’ to create a false narrative of danger from some foreign entity with the objective being to create paranoia within the U.S. population that it is under imminent threat of attack or takeover.”

In late 2018, WikiLeaks Founder Julian Assange publicized the extensive sway the Council on Foreign relations carried over U.S. mass media by Tweeting a graphic created by Swiss Propaganda Research (SPR), a research and information project on geopolitical propaganda in Swiss media, which illustrated the heavy influence CFR exercises over the media narrative delivered to the American public, i.e. domestic propaganda.

The illustration of the Council’s deeply entrenched media presence is based on official membership rosters compiled by SPR, revealing the interconnectedness of CFR’s extensive mass media influence network and its main international affiliate groups—the Bilderberg Group (covering mainly the U.S. and Europe) and the Trilateral Commission (covering North America, Europe and East Asia).

According to the report from Swiss Propaganda Research:

Stengel, a former editor of TIME magazine, told the audience at a CFR event in late April called Political Disruptions: Combating Disinformation and Fake News that governments “have to” direct “propaganda” toward their own populations.

In the full video of the CFR event shown below, Stengel openly argues in favor of propaganda against U.S. citizens starting at the 1:15:26 mark in the footage.

Stengel, who is a former high-level U.S. government official, head of the office for Public Diplomacy and Public Affairs at the State Department from 2013 to 2016, and a regular pundit on MSNBC, explained:

Zero Hedge reported that Stengel’s personal bio site notes that he “helped create and oversee” the Global Engagement Center at the State Department whose official mission is to “counter propaganda and disinformation from international terrorist organizations and foreign countries” (with a “special focus on Russia”).

Perhaps most ominous of all is the fact that a man who publicly says that he is “not against propaganda” on the U.S. government’s “own population“ was recently named a “distinguished fellow” as part of the Atlantic Council’s Digital Forensic Research Lab (DFRLab).

Yes, the same Atlantic Council that espouses a strongly anti-Russian agenda that is funded by Ukrainian billionaire Victor Pinchuk, who also happened to donate at least $10 million to the Clinton Foundation. Pinchuk just so happens to be the CTO and co-founder of CrowdStrike—the company used by the DNC to inspect their servers allegedly hacked by Russia, after refusing the FBI access to the same servers.

Obviously, it seems to be very peculiar behavior by the DNC to refuse the FBI access to their servers, and instead rely on a private company—unless they had an ulterior motive. Consequently, the assessment by CrowdStrike was used as a basis for what eventually resulted in the appointment of Special Counsel Robert Mueller.

Ironically, just two weeks ago the DFRLab announced that its team has partnered with Facebook to “monitor disinformation“ and protect elections. The DFRLab defined the new initiative as follows:

As if on cue, and with an utterly Orwellian feel, Facebook announced on June 2, 2018, that the user-generated “trending news” section will be replaced by a “breaking news” section—which will be comprised of 80 publications selected by Facebook—that will feed approved content to users.

Facebook will essentially have complete control of the topics and narratives that are fed to their users in a clear act of social engineering, which will give the social media giant—and their political/ideological allies—the ability to directly manipulate people’s perceptions of any event.

During the 2016 election, leaked internal documents from Facebook revealed that the editors in charge of the company’s “Trending News” section repeatedly discriminated against conservative articles, while promoting progressive content, which resulted in the threat of an investigation from the Senate commerce committee.

The new changes were explained in a Friday announcement:

So, when CFR is publicly advocating for the societal benefits of domestic propaganda, and Facebook is jettisoning an already meager user-generated “Trending News” section and aligning itself with an anti-Russian, Clinton-connected thinktank, Americans should be keenly aware that they are being actively propagandized, and they should work to intentionally diversify their news sources as an omnipotent mass propaganda regime is being covertly implemented.