Federal lawsuit calls Tulsa’s mask ordinance unconstitutional and unhealthy for citizens
First amended complaint attached  –  read my www.Virus-Lies.com for more info
http://tulsabeacon.com/mask-lawsuit/
(Masks cause hypoxia by reducing Oxygen below 19.5% – in violation of OSHA directions – causes headaches, dizzyness, etc)
Doctor Robert Zoellner, Clay Clark, Doctor James Meehan, MD, and several Tulsa-based business owners have filed a federal lawsuit against Tulsa Mayor G.T. Bynum, the Executive Director of the Tulsa Health Department, Bruce Dart and the Tulsa City Council to immediately repeal the mask mandates that they claim are causing healthy people to become sick while trying to prevent the spread of a disease that is not a deadly threat to children and the vast majority of the general population.
According to the lawsuit, “The Court should invalidate and repeal Ordinance No. 24408 of the City of Tulsa (the ‘Tulsa Mask Mandate’) because face coverings create an ‘oxygen-deficient atmosphere,’ which the United States Department of Labor, Occupational Safety and Health Administration (OSHA) defines as an ‘atmosphere with an oxygen content below 19.5% by volume.’  Doctors, scientists, and other medical professionals will line up in this court to demonstrate and testify that face-covering lower oxygen levels in the immediate atmosphere of someone wearing face coverings to less than the Department of Labor’s required 19.5%, normally within less than ten (10) seconds.”
The Tulsa businessmen and doctors cite OSHA’s website that reads, “…rulemaking record for the Respiratory Protection Standard clearly justifies adopting the requirement that air breathed by employees must have an oxygen content of at least 19.5 percent.  A lesser concentration of oxygen in employees’ breathing air could endanger them physiologically and diminish their ability to cope with other hazards that may be present in the workplace.”
Zoellner and Clark cite U.S. Sen. Rand Paul, R-Kentucky, who recently stated, “If you look at under age 18, the mortality rate is about one in a million, if you look at age 18-45, the mortality rate is about 10 in 100,000. Above that, it increases, but interestingly, it is still pretty small, and the vast majority – even people up to 65 years of age, it may well be between 95 and 99 percent have a very mild case of this.
“So I’m not saying it’s a benign disease, people do get sick and die from this. But your chances are good.  We shouldn’t live in fear forever.  We should take normal precautions, we should assess the risks.  People who are older should take more precautions, but we shouldn’t, you know, cover the faces of our children and say you’re gonna have to live your whole life with your mask on.
“We shouldn’t do that, and the government definitely shouldn’t mandate it.”

Other Lawsuits:
1.      When informed that mandatory masking was a fraud, and therefore a felony, the Orange County board of Supervisors abandoned their mandatory mask policy, back on June 9th, 2020. www.thehealthyamerican.org
2.    The Florida Civil Rights Coalition has filed a lawsuit against Palm Beach County, citing the county’s mask mandate is “unlawful” and “infringes upon the well-settled constitutionally protected freedoms of over a million Palm Beach County residents.”
www.msn.com/en-us/news/us/lawsuit-filed-against-palm-beach-county-for-mask-mandate/ar-BB16aw3o
3.      Leon County Florida was sued over Mask Mandates:
https://tallahasseereports.com/2020/06/25/lawsuit-filed-to-stop-leon-county-mask-mandate/
4.      Georgia Governor Kemp sued Atlanta to stop them from illegally enforcing a local mask mandate, then changed to issue an executive order to stop them:
https://www.foxnews.com/politics/georgia-governor-drops-lawsuit-against-atlanta-mayor-over-mask-mandate
5.      A lawsuit filed in federal court challenges the constitutionality of Minnesota’s mask mandate by a group of Republican lawmakers and voters, including the watchdog group Minnesota Voters Alliance:
https://www.mprnews.org/story/2020/08/04/lawsuit-challenges-state-mask-mandate
6.      Conservatives sue Gov. Abbott to stop Texas’ mask mandate from being enforced:
https://www.star-telegram.com/news/politics-government/article243987762.html
7.     Lawsuit seeks to stop Ocala Florida face mask ordinance.  https://www.ocala.com/story/news/local/2020/08/14/lawsuit-seeks-to-stop-ocala-face-mask-ordinance/113192692/
8.     Harris Co. judge sued over mandatory mask order.  abc13.com/lina-hidalgo-sued-mask-houston/6125071/

Deaths from Chlamydia Pneumonia Bacteria, not Virus: Link1,Link2
CDC admits 94% of Reported Deaths not “from” Covid19: Info
No Pandemic or Epidemic – only about 10,000 deaths “from” Covid19 now alleged (not 2 million or even 180,000), but deaths really from bacteria not treated with HCQ, usually Ventilator deaths

More Tests give More “Cases” – So What?
Tests give false positives and test wrong thing: Link1, 2, 3 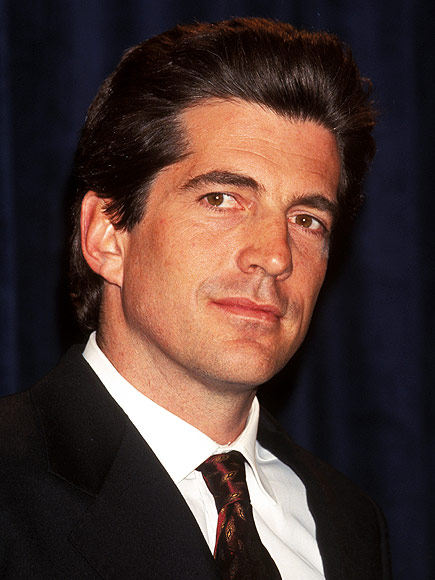 Discusses his near-term expectations on Flynn case and Durham indictments, lists three areas where he is disappointed in Trump’s Administration, and concludes with pointers to two new free websites on naked short selling and pedophilia & empire (with a tag cloud of names). 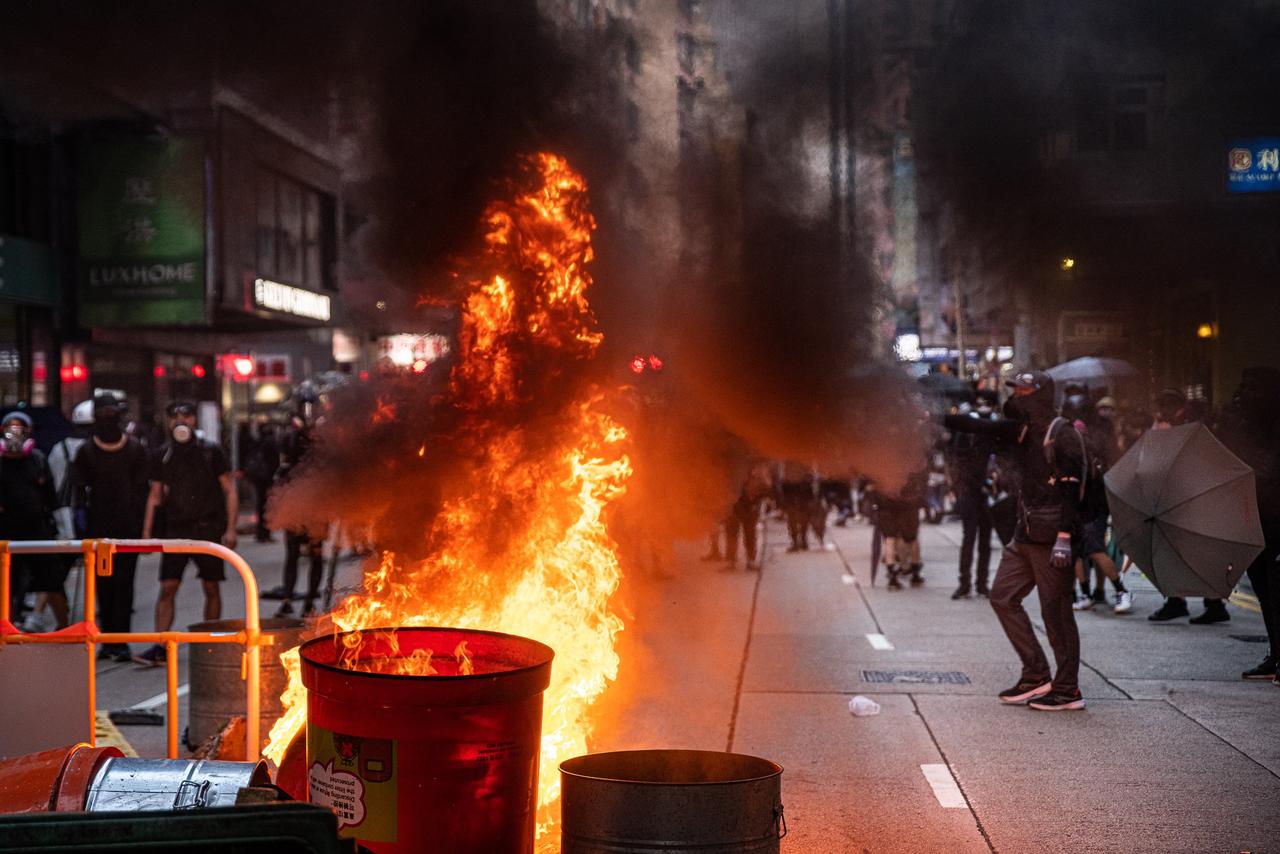 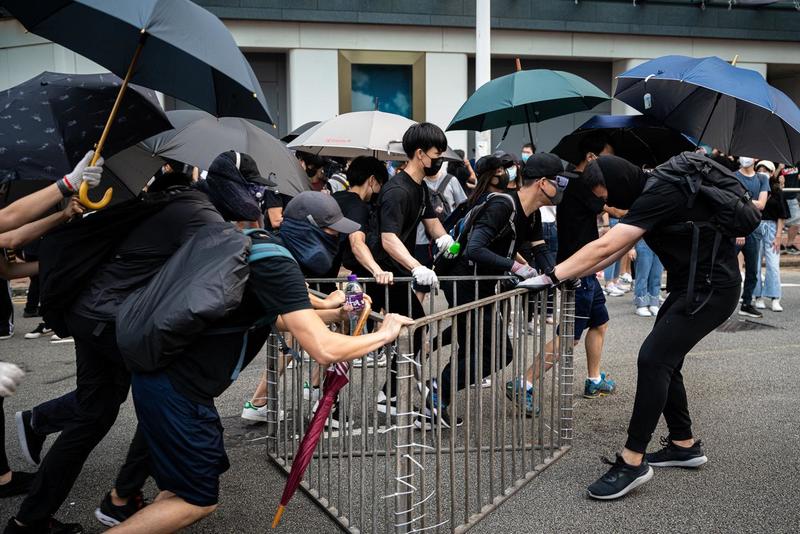 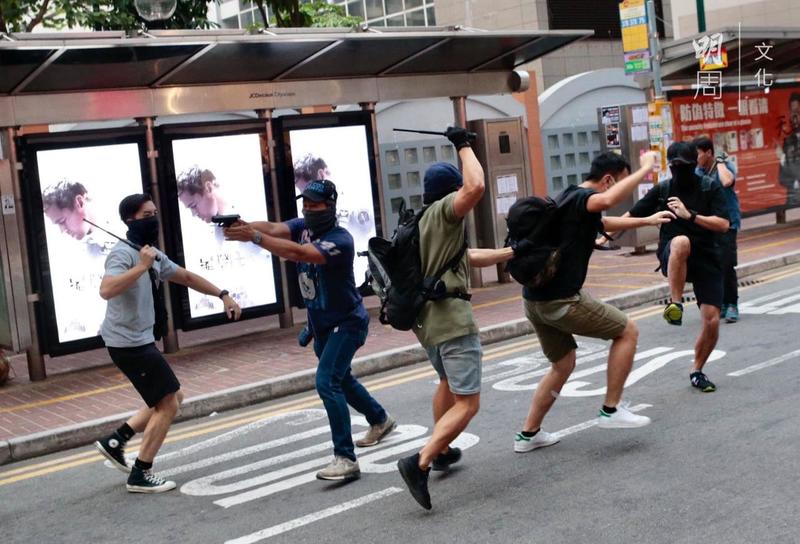 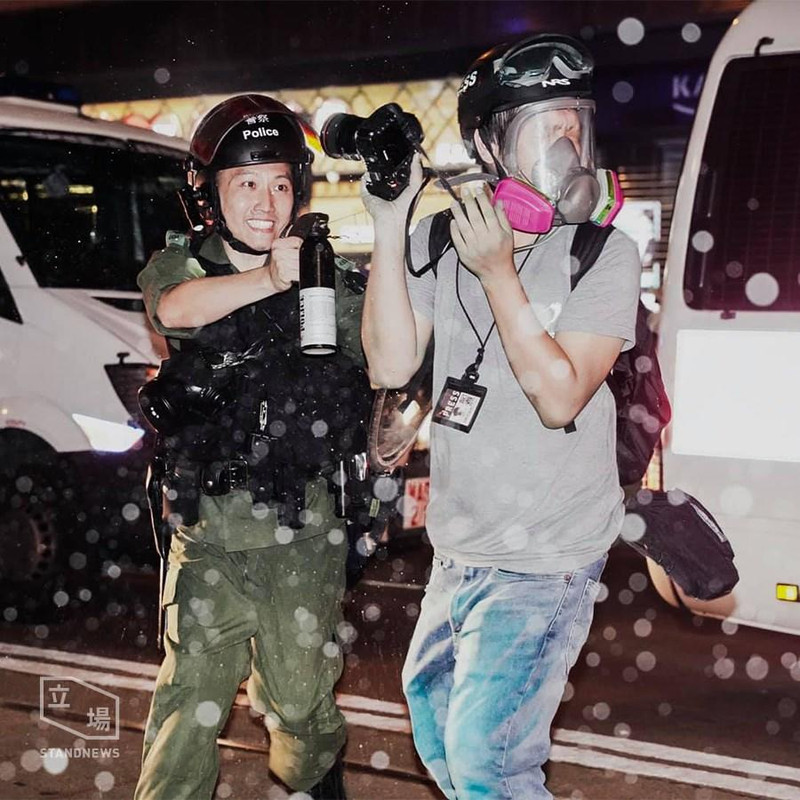 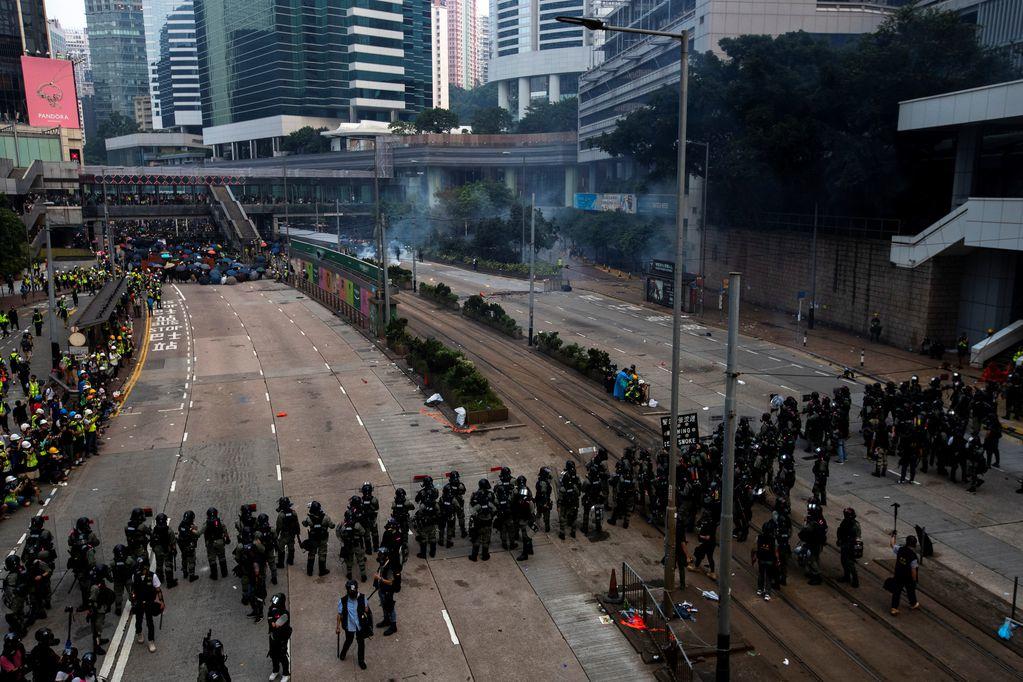 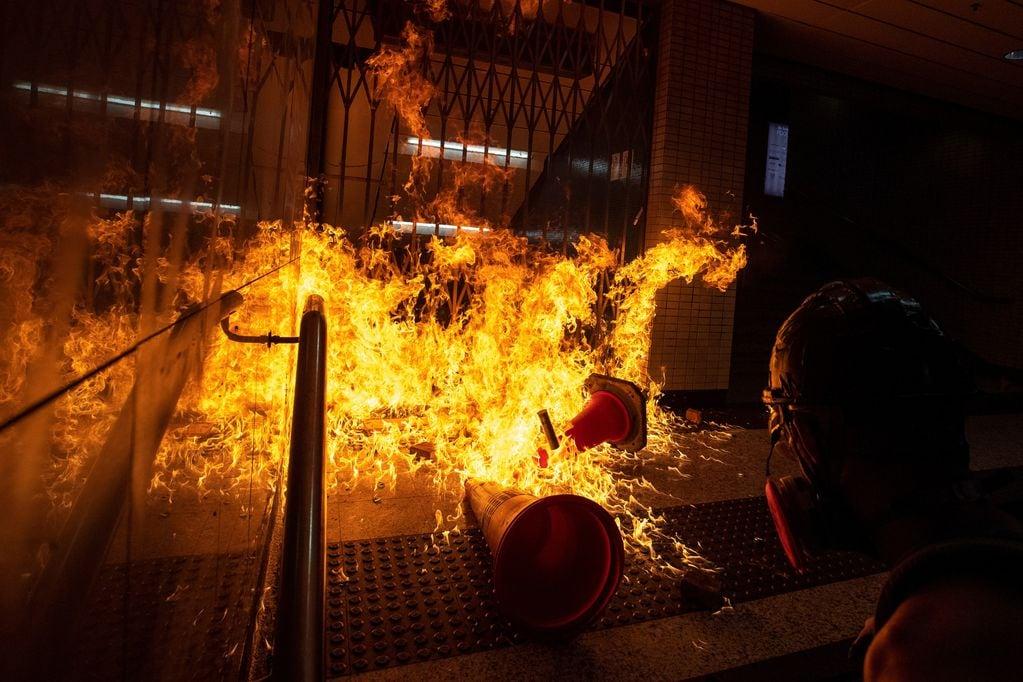 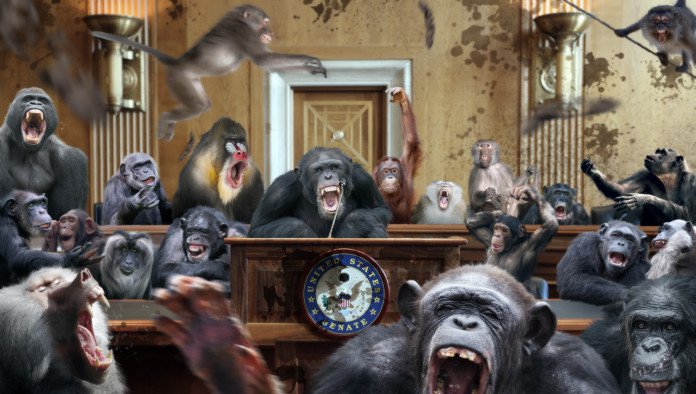 ISIS is operating a camp just a few miles from El Paso, Texas, according to Judicial Watch sources that include a Mexican Army field grade officer and a Mexican Federal Police Inspector.

The exact location where the terrorist group has established its base is around eight miles from the U.S. border in an area known as “Anapra” situated just west of Ciudad Juárez in the Mexican state of Chihuahua. Another ISIS cell to the west of Ciudad Juárez, in Puerto Palomas, targets the New Mexico towns of Columbus and Deming for easy access to the United States, the same knowledgeable sources confirm.

During the course of a joint operation last week, Mexican Army and federal law enforcement officials discovered documents in Arabic and Urdu, as well as “plans” of Fort Bliss – the sprawling military installation that houses the US Army’s 1st Armored Division. Muslim prayer rugs were recovered with the documents during the operation.

Law enforcement and intelligence sources report the area around Anapra is dominated by the Vicente Carrillo Fuentes Cartel (“Juárez Cartel”), La Línea (the enforcement arm of the cartel) and the Barrio Azteca (a gang originally formed in the jails of El Paso). Cartel control of the Anapra area make it an extremely dangerous and hostile operating environment for Mexican Army and Federal Police operations.

According to these same sources, “coyotes” engaged in human smuggling – and working for Juárez Cartel – help move ISIS terrorists through the desert and across the border between Santa Teresa and Sunland Park, New Mexico. To the east of El Paso and Ciudad Juárez, cartel-backed “coyotes” are also smuggling ISIS terrorists through the porous border between Acala and Fort Hancock, Texas. These specific areas were targeted for exploitation by ISIS because of their understaffed municipal and county police forces, and the relative safe-havens the areas provide for the unchecked large-scale drug smuggling that was already ongoing.

Mexican intelligence sources report that ISIS intends to exploit the railways and airport facilities in the vicinity of Santa Teresa, NM (a US port-of-entry). The sources also say that ISIS has “spotters” located in the East Potrillo Mountains of New Mexico (largely managed by the Bureau of Land Management) to assist with terrorist border crossing operations. ISIS is conducting reconnaissance of regional universities; the White Sands Missile Range; government facilities in Alamogordo, NM; Ft. Bliss; and the electrical power facilities near Anapra and Chaparral, NM.